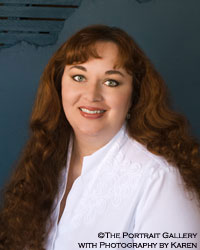 Bestselling author Shannon K. Butcher, who now writes as Anna Argent, has written more than thirty titles since launching her career in 2007. She has three award-winning series, including the paranormal romance series The Sentinel Wars, the action-romance series The Edge, and the romantic suspense Delta Force Trilogy. Her alter ego Anna Argent also writes several series with a fresh and interesting spin on paranormal romance (The Lost Shards, The Taken and The Stone Men series) as well as a contemporary romance series set in a small town in the Ozarks. As a former engineer and current nerd, she frequently uses charts, graphs and tables to aid her in the mechanics of story design, world building and to keep track of all those colorful characters, magical powers and alternate worlds. An avid bead and glass artist, she spends her free time turning small sparkly bits into larger sparkly bits. She’s rarely on social media, so the best place to find out news about upcoming releases under either name is via her newsletter. You can sign up at AnnaArgent.com.